Thursday 10/9 - My first coffeeneuring stop is at Saxby's in Georgetown for a cup at about the halfway point of my ride from Alexandria. After Saxby's I will head down the river past the Kennedy Center for a lap around Hains Point before heading home. On the way I may go on through the FDR Memorial on the Tidal Basin; my new favorite memorial, especially for cyclists. It's bike friendly, a little out of the way so not too many tourists, and has plenty of shade on a hot day. 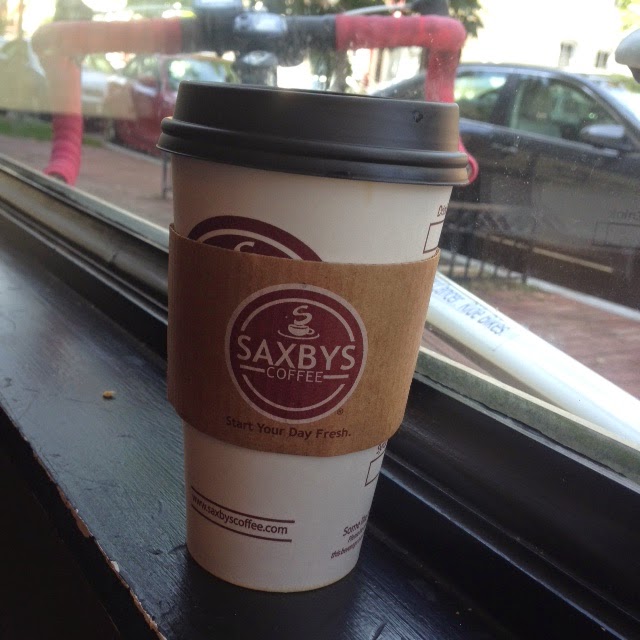 Probably my second time at Saxby's. I recall being here 2-3 years ago during a visit to GU. Hoya Saxa!

I am calling this a coffeeneuring stop just in case it rains all weekend and I don't get to ride. Next weekend I'm traveling so may have to use the vacation option. And hey, I'm retired so can pick any day to coffeeneur. 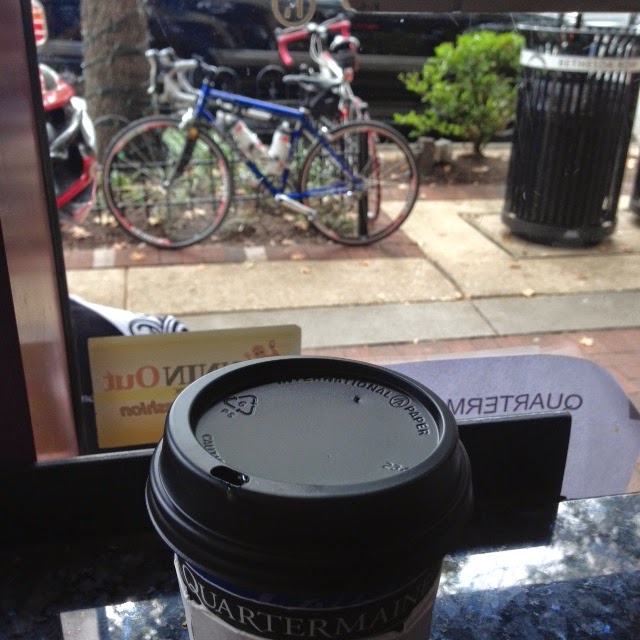 Sunday 10/12 - I rode up from Alexandria on the Mount Vernon Trail and Capital Crescent Trail for a coffee at Quartermaine's and a bagel next door at Bethesda Bagels. Surprised at how many bicycles and pedestrians are here at 12:30 on a Sunday afternoon. Maybe because the Skins aren't on until 4:25?  From here I am going to find the Georgetown Branch Trail to Rock Creek and the ride home. It will be my first time on GBT and first time this year in Rock Creek by bike. I wanted to do it while it's still fairly warm. It's in the mid 50s today I think. 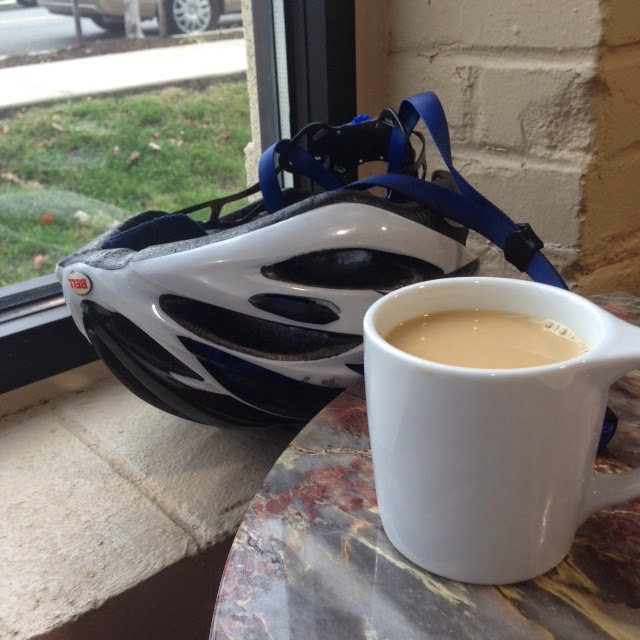 Thursday 10/16 - Next I made a stop at ME Swings in Alexandria for today's coffeeneuring adventure. I can't believe I live in Alexandria and have never been here before. I've driven by several times and even bought a Craig's List bike a few blocks from here.

I wanted to ride today to reach my 50 miles per week goal. I didn't need much since I rode 44 to Bethesda on Tuesday. The weather has been spotty all week and we are going to Chicago tomorrow, so it was now or never. 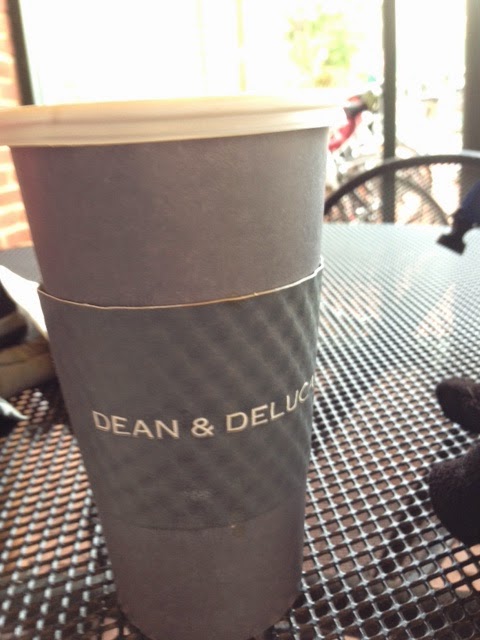 Thursday 10/23 - Riding with Michael we stopped at Dean and Deluca, a place I always wanted to go but in a car getting there and parking is painful. They had a bike rack right at the front of the store and a perfect seasonal seating area. Coffee was great and bathrooms were clean and convenient. Just saying...

Heading North on MVT we encountered NPS shooting a safety video near Memorial Bridge. Talking to the NPS rep she said they are working on several safety improvements along the trail. They are aware of the slippery intersection on the Teddy Roosevelt Island Boardwalk and have improvement plans in development. Funding may be a hurdle.

At D&D we talked about Michael's days with The Redskins and all the stories he has. I told him to write a book about the glory days and with the turmoil over the name change now may be the perfect time. He said "No Way"' but I wonder.

The ride from Alexandria to Georgetown was in a blustery fall headwind, but coming home was fast and easy down the MVT to Commonwealth. We stopped at Quattro Formaggio in Carlyle for pizza. They are bike friendly with good pizza by the slice. There were a lot of calories on this ride. 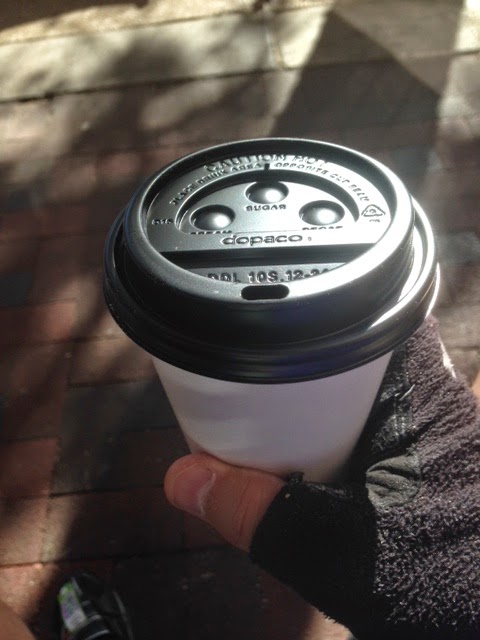 Sunday 10/26 - This ride up to Bethesda Bagel was for a cup and a bagel but ended up with a pizza slice and iced coffee instead. I think pizza and bagel dough are the same? I wanted to ride what I now call the Rock Creek loop from Alexandria to Bethesda heading north on the Capital Crescent Trail and south on Rock Creek Parkway (?). I ride the Mount Vernon Trail both north and south between Alexandria and Georgetown. Rock Creek Parkway is closed to motorized traffic on weekends so there are plenty of bikes out enjoying the wide road.and it's a nice 50 mile ride. 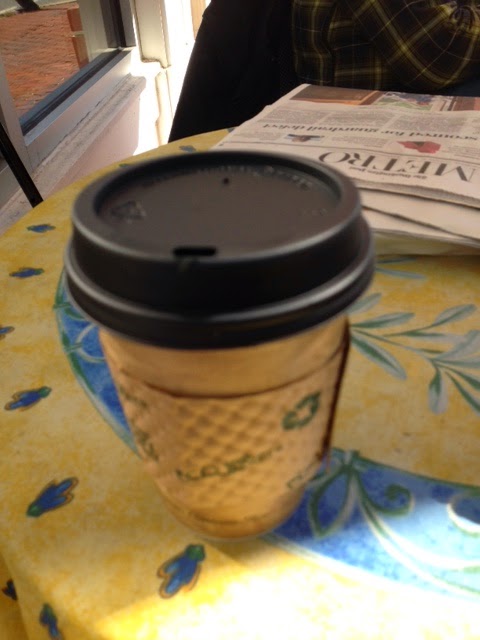 Thursday 10/30 -- A stop at Cameron Cafe after 30 miles on a beautiful brisk Thursday morning on the bike. I had only been to CC once before but chose it again because it was on the way home and I knew I could sit outside. The coffee was excellent and I chatted with a neighbor about life in Cameron Station. 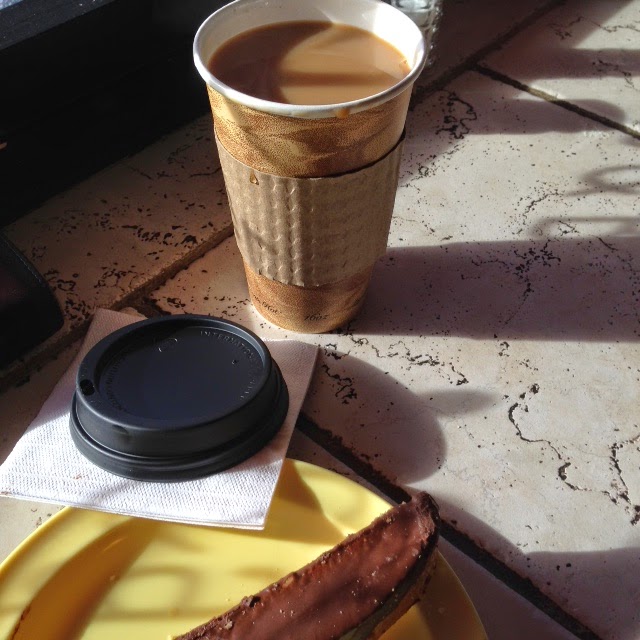 Sunday 11/9 - This is my last Coffeeneuring trip of the year? I headed to the city expecting to find some little non-Starbucks shop about 1/2 way through my ride from Alexandria. On the way I decided on ME Swings DC location since so many local riders congregate there and I had never been before. I checked Google Maps and found the G St. location near the OEOB and headed through Georgetown and into the city proper. I got to Swings and found it closed. Bummer.

I decided to ride past the WH and see the new barricades outside the fence to stop the crazy fence jumpers. I guess the new barricades give the guards an extra 5-10 seconds to identify a threat before they get over the main fence. Whatever... 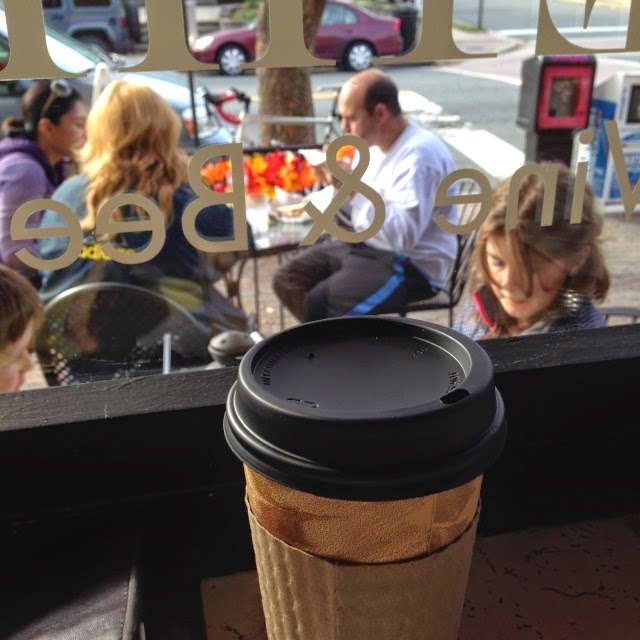 I rode down G (or H?) looking for a coffee shop in the business district but finding nothing I decided to head back across the river to Delray. There I found The Caboose Cafe which was recommended by my old friend Missy P. when I saw her recently. Sure enough the Cafe Americano and biscotti were perfect on a cool fall day. I rode home down Mount Vernon before picking my way over to Eisenhower. For the first time I rode Ike all the way down to Van Dorn since it had recently been paved. Eisenhower was a nice change with very little Sunday traffic.

The one that got away...

On October 6 I rode my first century in four years completing the W&OD trail from end to end plus the Arlington Loop and a few miles to and from home. It turned into 111 miles or so total. Late in the ride I thought about turning the ride into a double metric but the sun was setting as I arrived in Alexandria and I didnt have a light to ride after dark. I could have easily completed another 13 miles to get to 124 miles.

On the trip out to Purcellville and back it never occurred to me to have a cuppa to meet the coffeeneuring requirement. It was a Monday but that was OK since it was early in the coffeeneuring challenge and I could have selected Monday as one of my coffeeneuring days. I am retired after all.

Maybe next year I will do a coffeeneuring century. That could be a bonus challenge for 2015! Late in the riding season is a good time for a century challenge since I am in the best condition of the year.